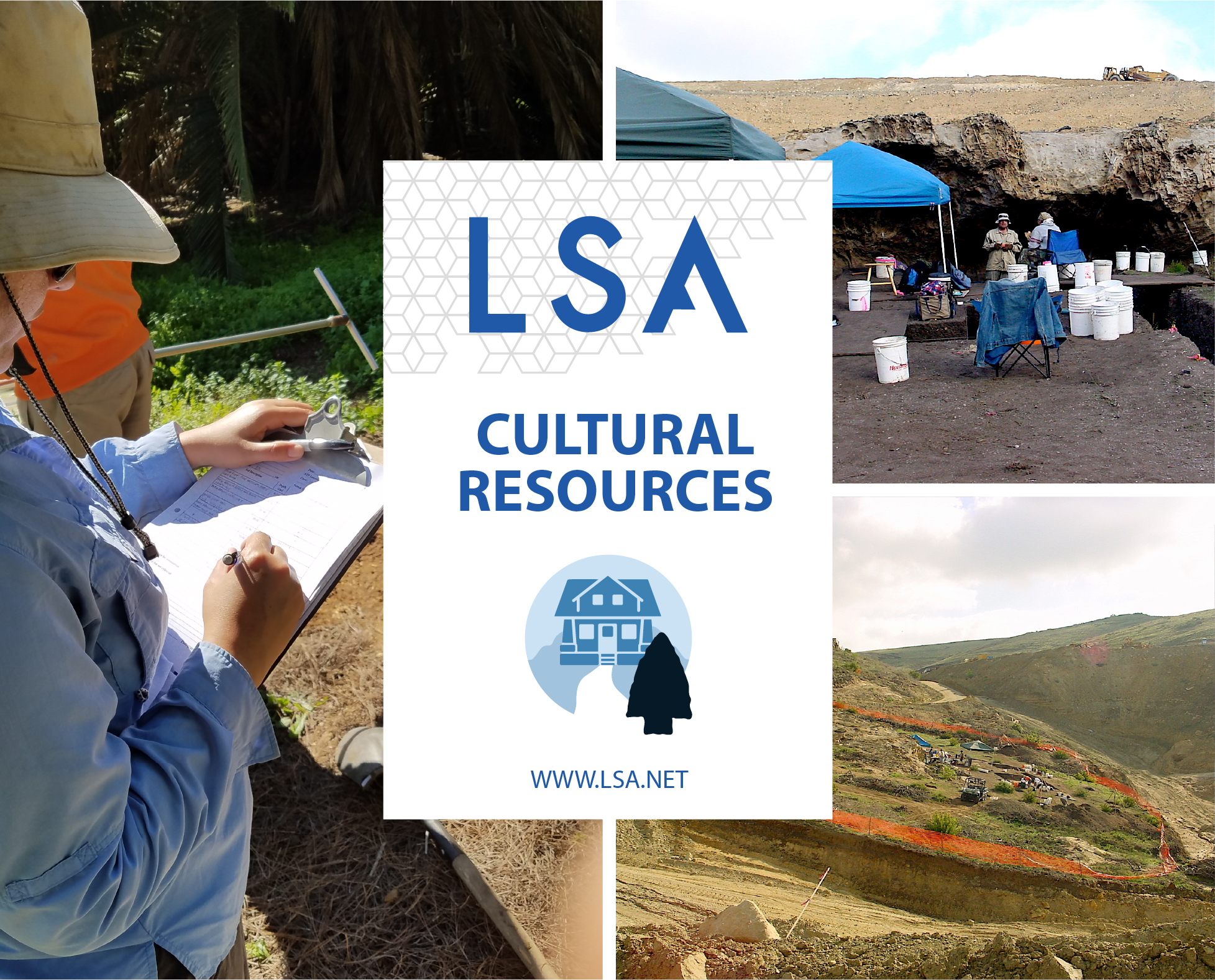 Cultural resources embody common history, collective memory, and the traces of cultures that have left a physical mark on the natural world. Their value can be based in traditional cultural value, such as with ancestral village sites or basketry-gathering locations, or in their ability to answer important questions about the nature of humans’ interactions with their environment, such as with precontact archaeological sites or historic-period architecture. Consultation and transparent collaboration with descendant groups and interested stakeholders are the game changers; cultural resources management benefits from and is strengthened by the input of those communities invested in the resources that LSA documents and treats.

LSA staff members are certified in archaeology, history, and planning and serve a diversity of planning, engineering, governmental, and development clients. As a distinguishing attribute, LSA has worked with, and continues to enjoy good relationships with, dozens of California tribal groups and historical societies. Some of the specific services LSA provides include the following:

LSA conducted a cultural resources study for a project that constructed new and improved telecommunications facilities on the summit of Leviathan Peak in Alpine County, California. The project included construction of a 6.2-mile-long electrical power alignment that runs from the summit of Leviathan Peak through United States Forest Service (USFS) land to a commercial power line in Douglas County, Nevada. The new facilities consist of a generator vault, a transmission tower, and associated improvements. Because the project was subject to USFS permitting requirements, the study was done to address Section 106. LSA conducted records searches at the Central California Information Center and the State of Nevada Cultural Resources Information System, background research using archival sources at LSA, field surveys, and National Register evaluations of cultural resources identified within the Area of Potential Effects (APE). The identification tasks and results of the evaluations were documented in two draft reports—one for the California portion of the APE and the other for the Nevada portion—for submittal to the Humboldt-Toiyabe National Forest. The reports were approved by USFS professionally qualified staff.

Collaboration: The Key to LSA’s Success

At LSA, we pride ourselves on our ability to collaborate seamlessly – first and foremost…