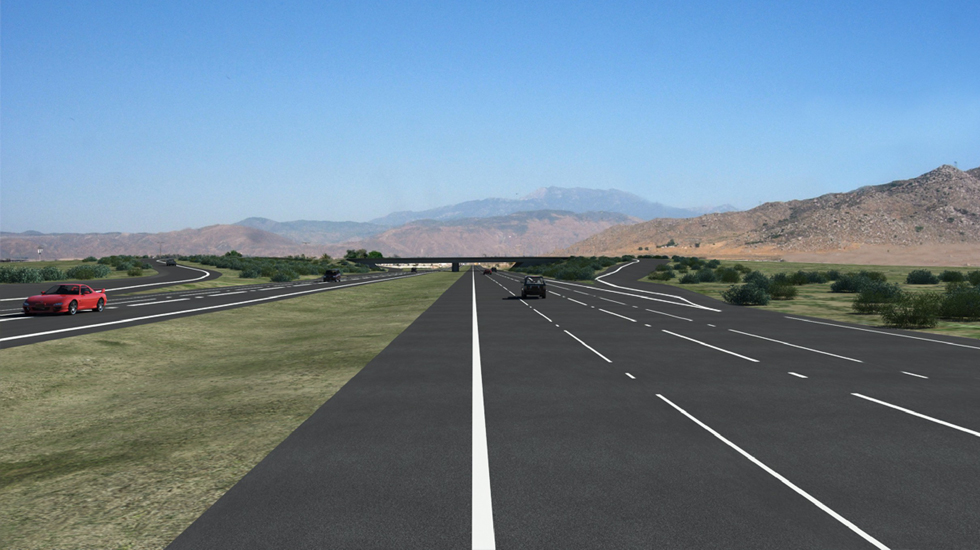 LSA led the environmental team that prepared the Environmental Impact Report/Environmental Impact Statement (EIR/EIS) for the Mid County Parkway (MCP) project. The Riverside County Transportation Commission (RCTC) sponsored the MCP project, which is a 16-mile west-east regional transportation corridor between Interstate 215 and State Route 79 that will provide a direct and continuous route connecting major population and employment centers in the cities of Perris and San Jacinto. While there are many transportation projects planned and under construction in Riverside County, few if any of these projects have involved the same environmental challenges as the MCP project. In addition to its high visibility within the local communities, the project also received a great deal of attention at the national level from its inclusion in 2002 on the federal Executive Order 13274 priority list for environmental stewardship and streamlining. Throughout the development of the MCP project, LSA continuously went the extra mile to meet project milestones and prepare technical analyses in a collaborative effort to ensure that the EIR/EIS met State and federal standards, as well as addressing issues that continued to evolve (e.g., climate change and greenhouse gases) as the EIR/EIS was being prepared.

RCTC is developing the MCP project in close partnership with transportation agencies (the California Department of Transportation [Caltrans] and the Federal Highway Administration [FHWA]) and resource agencies (the United States Army Corps of Engineers, the United States Environmental Protection Agency, the United States Fish and Wildlife Service, and the California Department of Fish and Wildlife). These agencies signed a Partnership Agreement to formalize their efforts to work together in a spirit of cooperation, respect, and reasonableness to produce a high-quality product that meets the needs and schedule of RCTC, as well as those of the other partner agencies. LSA’s success in maintaining and building upon the principles of the Partnership Agreement was exemplified by the timely resource agency concurrences as part of the NEPA/404 Integration Process on purpose and need, alternatives, and the Preliminary Least Environmentally Damaged Practicable Alternative.

As the Environmental Lead for the project consultant team, LSA worked diligently with RCTC, FHWA, Caltrans, the federal and State resource agencies, and other members of the project team to provide creative solutions for complex issues for this new transportation facility, including biological, aquatic, cultural, and community resources. This collective effort resulted in approval of the Final EIR/EIS in April 2015 and FHWA’s issuance of the federal Record of Decision in August 2015.