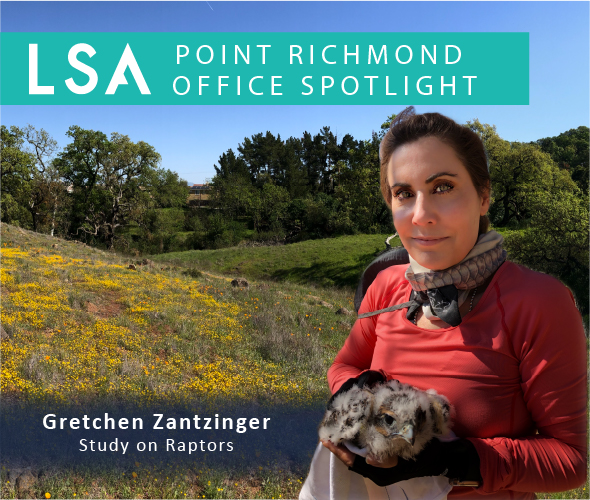 What makes your experience with Raptors (birds of prey) unique? 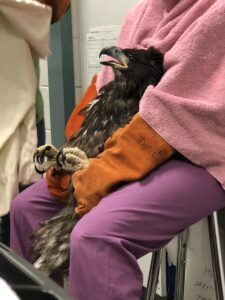 My experience with birds of prey was developed over the course of my life. I grew up in a rural environment, and both of my parents were interested in wildlife and land conservation. As a child, I spent time at the Philadelphia Zoo and the Academy of Natural Sciences, where I was given the opportunity to study museum specimens and living models alike.

I currently volunteer with the Lindsay Wildlife Hospital, East Bay Regional Park District’s’ Golden Eagle Monitoring Team, and Golden Gate Raptor Observatory’s Hawkwatch team, the latter of which was formed in the 1980s to track the Golden Gate migration, an annual flight of tens of thousands of hawks, eagles, falcons, and vultures that converge at the Marin headlands.

In addition to these experiences, my capabilities have been greatly enhanced by the cast of characters that I met along the way who further fueled my burning curiosity with their colorful answers and vast knowledge.

What are some of the state and federal laws (Acts and Codes) protecting the Raptors?

The Lacey Act was passed in 1900, and it protects bald eagles by making it a federal offense to take, possess, transport, sell, import, or export their nests, eggs, and parts that are taken in violation of any state, tribal, or U.S. law.

The Bald and Golden Eagle Protection Act currently prohibits anyone, without a permit 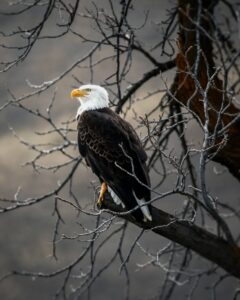 issued by the Secretary of the Interior, from “taking” bald eagles. Taking is described to include their parts, nests, or eggs, molesting or disturbing the birds.

The purpose of the Bald and Golden Eagle Protection Act is to not agitate the bald and golden eagle to the extent of not 1) Abusing an eagle, 2) Interfering with its substantial lifestyle, including shelter, breeding, feeding, or 3) Nest abandonment. In addition, having the possession, exchange, or sale of bald eagle feathers violates the act if no permit is obtained. The basic structure of the act resembles the Migratory Bird Treaty Act.

What are some key factors in providing these services?

Key factors in providing these services are to minimize impacts to nesting raptors. Specifically, these services may provide protection through established protocol nest detection procedures and nest monitoring. This requires an understanding of the requirements for each species, knowledge of their prey base, spatial requirements, and experience evaluating types of activities (e.g., construction activities such as grading and tree removal), and an understanding of whether each species has the potential to tolerate specific activities, or not.

I like that this service supports minimizing nest disturbance or abandonment through strategic monitoring. This skill is valuable to help estimate tolerance distances in the field (e.g., a construction site) or implement full avoidance measures for the species involved.

Why is this service area needed in California?

Nesting bird surveys and nest monitoring are a requirement of regulatory agencies such as the California Department Fish and Wildlife and United States Fish and Wildlife Service. This service is provided to try to balance unavoidable impacts from urban development. It’s also important to note that birds of prey are increasingly moving within urban environments and feasting on undesirable non-native species.

It is important to provide sufficient/suitable habitat for birds of prey and all wildlife to persist. Wildlife corridors are necessary in a rapidly growing area.

It happened decades ago, but the first raptor I ever handled was a northern harrier that had flown down into a manhole on a jobsite. The hawk had been in pursuit of prey and ended up 20-feet down into an underground water retention tank. I put on my chest waders, tied a rope around my waist, and climbed down below where the soggy hawk was gripped to the bottom rung of the ladder. I grabbed the hawk with one hand, had the rung in the other. The amazed construction workers helped pull us out!

What is LSA’s primary role when working with bats? It depends on what phase a…