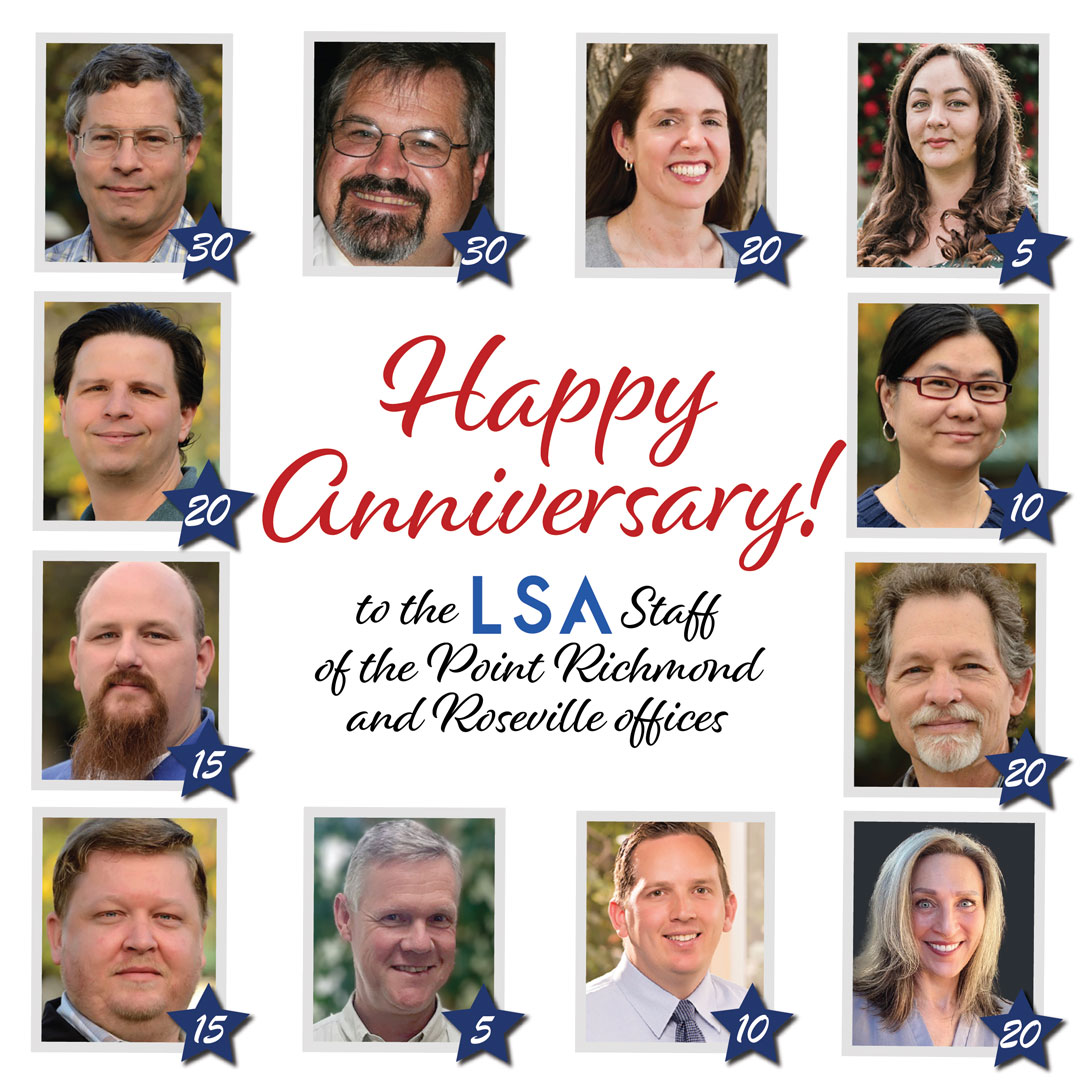 LSA staff old and new gathered for a very special celebration recently. On October 20th, LSA’s Point Richmond office held their first big gathering since 2019 to celebrate a combined 180 years in work anniversaries! And a couple days earlier, our Roseville staff celebrated 20 years of dedicated service of Sherry Wintsch. That is 200 years of service to LSA!

Retired Principals Roger Harris and Tim Lacy, previous leaders in the Pt. Richmond Natural Resources group, joined staff and those being honored (along with their spouses and significant others). Bill Mayer, the original Managing Principal of the Rocklin (now Roseville) office, was on hand to congratulate Sherry.  LSA CEO Mike Trotta and President Tony Petros also joined the festivities. Those being honored each gave a toast detailing how they began their careers, and fondly reminisced about their years at LSA. Gratitude for working alongside recognized experts in their fields and the familial and collaborative culture of LSA were shared themes of all the honorees. The LSA family congratulates:

As a major Southern California environmental consulting firm, LSA is always looking for ways to…